Year 6 took part in the Make £5 Grow Virgin Enterprise which involves being given a loan of £5 and developing a business plan to earn more money.  The children split into 11 teams and enterprises included: cake making and decorating, food and drinks, games and car washing making an impressive total profit of £319.68.  They have decided to spend the money earned on a special class day out! 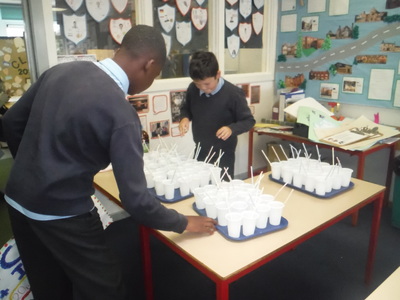 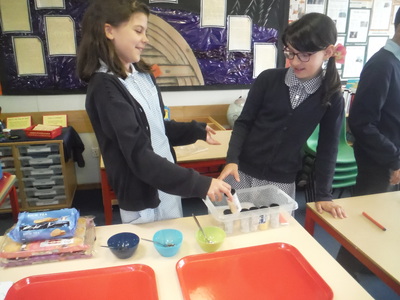 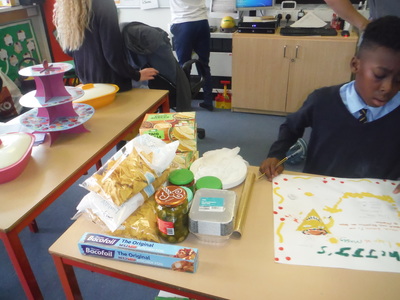 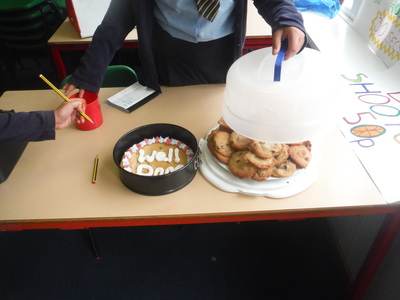 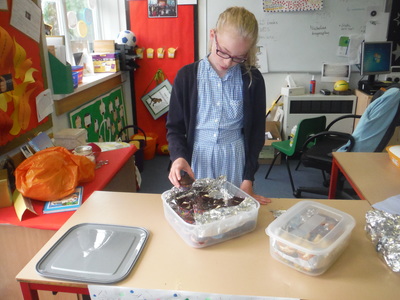 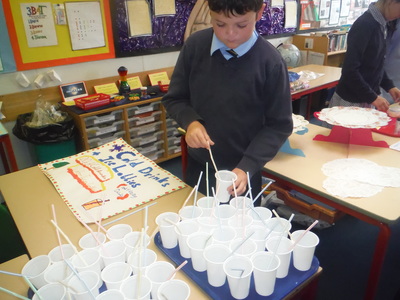 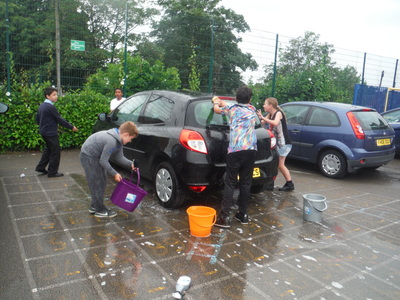 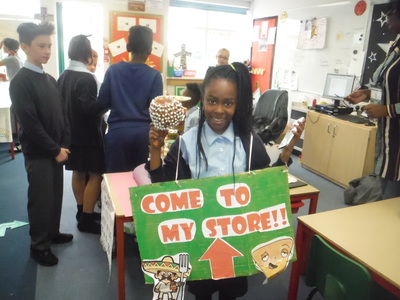 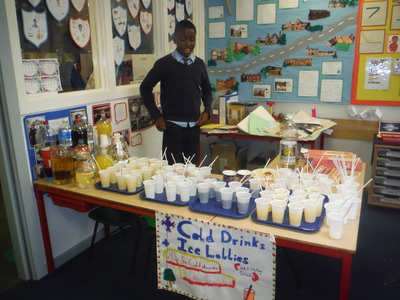 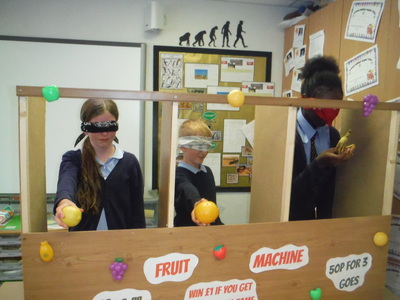 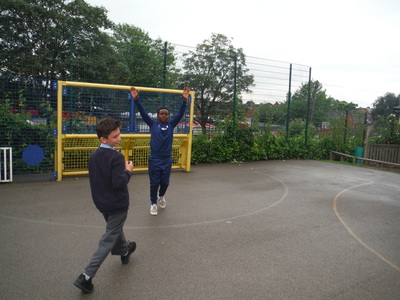 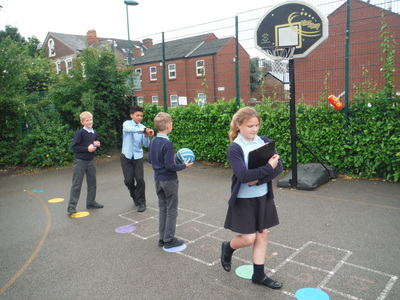 After in-depth and complicated data handling of our school information, the children calculated what our school would look like if it were a small community of 100 people, keeping the same proportions.

The pupils then decided how they wanted to represent their findings by designing a photograph for each statistic. The wonderful Mrs. Tinney then supported the children in capturing their ideas with impressive, professional results!

Setting Up The Shots! 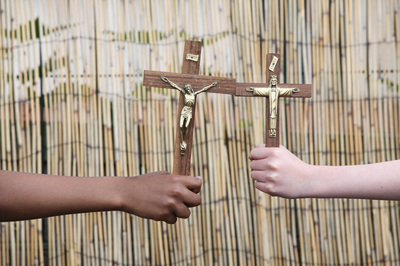 Designed and photographed by Courteney 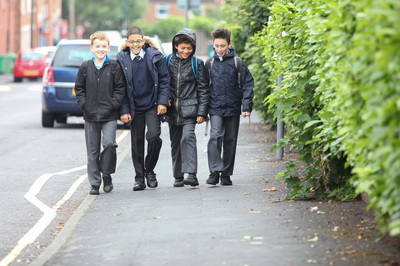 Designed and photographed by Michal R 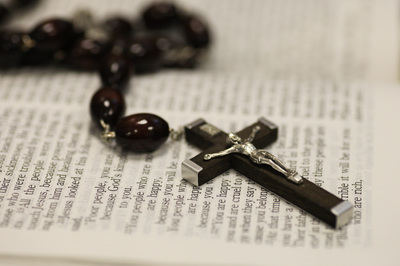 Designed and photographed by Vincenzo 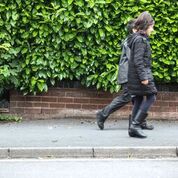 Designed and photographed by Eliana
​Using PowerPoint, the children produced emotive displays of the data that they had calculated; adding in music (voted for by the class); animations and transitions. 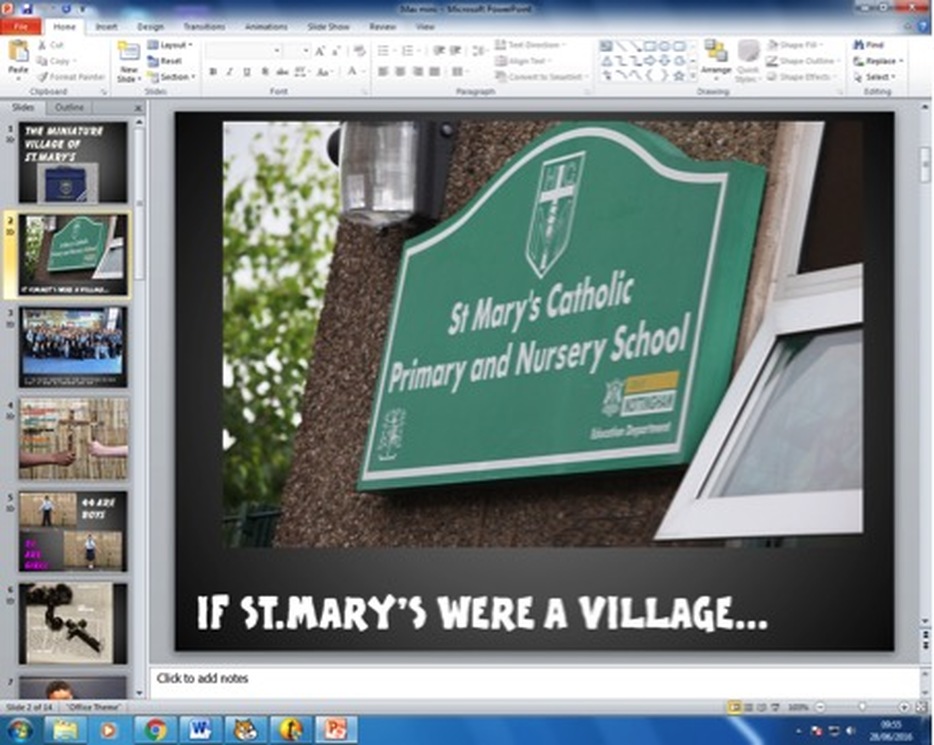 ​The children gathered the data, created tables to display the data, converted the data into percentages and made pie-charts to display and understand the data.
The finished projects will soon be available to view on our school website.

Year 6 have also been working on creating an updated version of the 'If St. Mary's were a village' film that was made four years ago. The film is based on an original about the world imagined as a village of 100 people which can be found at www.miniature-earth.com The children have surveyed the whole school to find answers to a range of questions then been using this data to calculate percentages to show the current make up of our school. For example, waht percentage of the school have access to the internet or own a car.

The children were then given professional photography tips and were allowed to use the professional equipment of Mrs Tinney to capture the image they wanted to use to create the film. Using these, they worked with Mr Wilkes in school to each create and edit their own version of the film.

We look forward to sharing these with you soon!

Year 6 have been taking part in the Make £5 Grow project with Virgin Money. Each child has been given a loan of £5 from Virgin and challenged with the task of making their £5 grow! They are allowed to work individually or team up with others and combine the money. They have come up with creative ideas for making money and in their maths lessons have been working of the cost of equipment and prizes and what potential profit will be made.

All of their hard work will be on show at the Summer Fair on Tuesday 12th July and their ideas range from human fruit machines to a car wash!

Please come along to the fair on the afternoon of Tuesday 12th July and support the year six children in their business ventures. 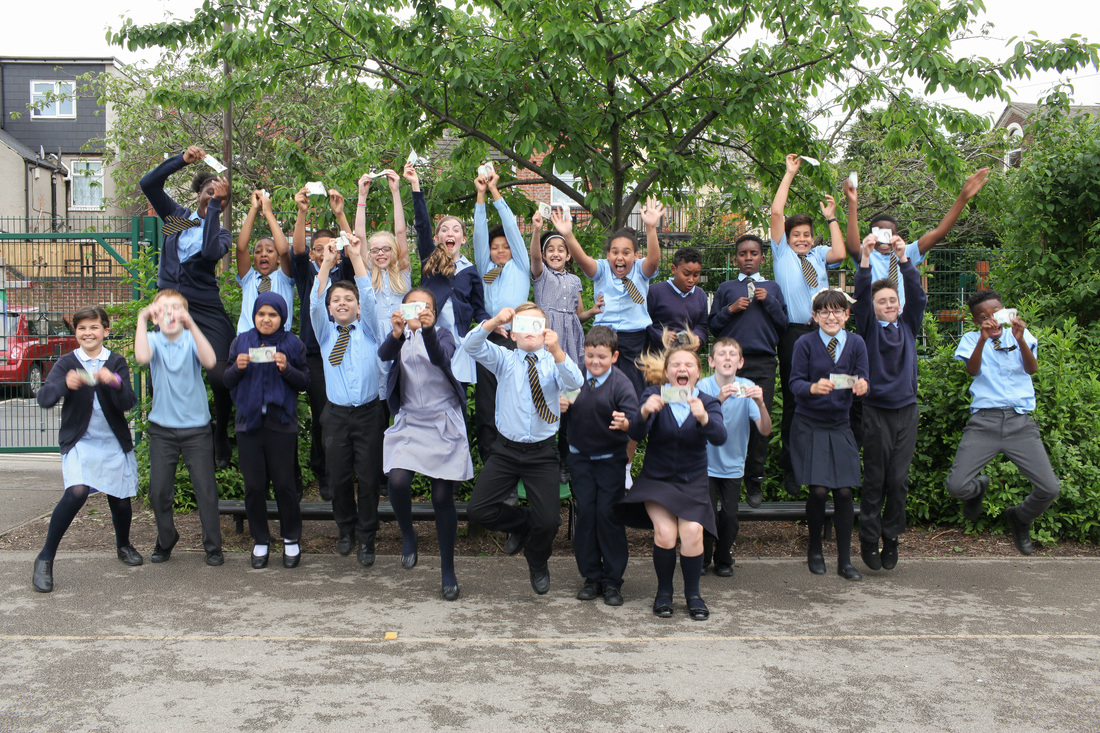 Year 5 and 6 were fortunate to watch a production by the Pintsize Thetare Group in school today. The play, based on the theme of Olly's Olympics, was entertaining to watch but also held some very serious messages about making healthy choices in our lives. We learned about the dangers of a poor diet; appropriate ways to behave towards others; and the impact that bullying can have on others. The session was interactive so we even had the chance to talk to the characters and offer them advice! 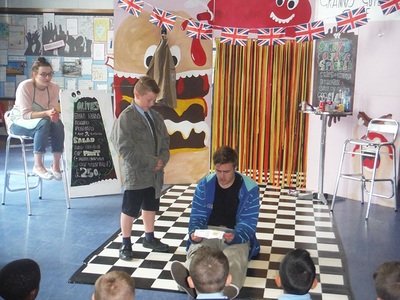 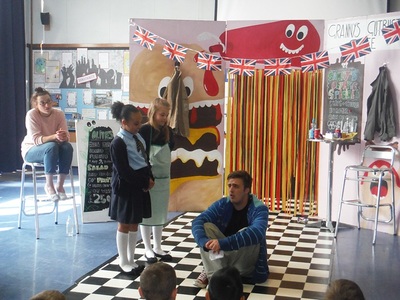 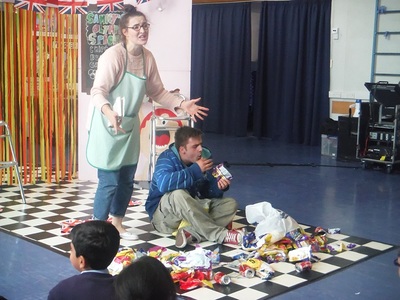 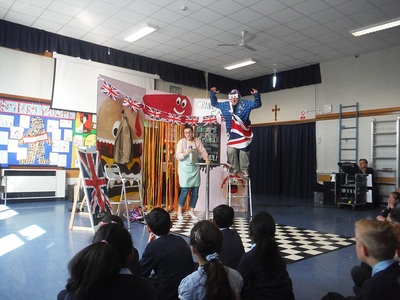 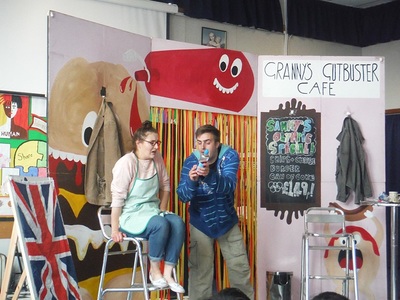 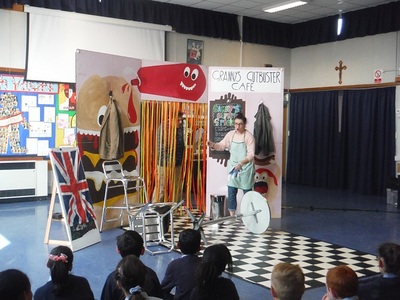 ​The programme consisted of a number of group activities, many of which put the children in the place of refugees and asylum seekers.  This gave them a greater understanding of the important and difficult decisions some of those people have to make.

To celebrate Into Film Festival in November, some children from Year 5 and 6 visited the Broadway cinema yesterday to watch the pupil premiere of the new film 'He Named Me Malala' which tells the tale of a young girl in Pakistan who fought for equality and an education for all. They were also able to see a live question and answer session with Malala Yousafzai herself!

Year 6's Black History assembly went well with staff, children and parents commenting on the excellent performances of the children and the important message that they conveyed. 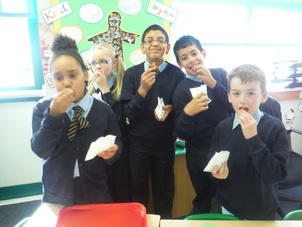 ​Courteney's Dad cooked some salt fish fritters and dumplings, traditional foods from Barbados, for us to taste and share.

​Thank you from all of Year 6!

Year 6 took part in a workshop based on justice this week during Black History Week led by students from the University of Nottingham. They took part in a range of discussions, games and role plays.
​

'Get up, Stand up' Exhibition at the Galleries of Justice